Get in Safaris has been organising safaris in the heart of Africa – Kenya and Tanzania – for over 25 years. Throughout these years, our staff and logistics have grown and keep growing in order to provide our visiting friends with the right service.

The main attraction of our journeys is the itineraries through the Parks and Reserves. Not only is the observation and enjoyment of wild life especially the Big Five, – common in some of these parks and reserves – our main goal, but it is also to have fun hiking in authorised areas, climbing Mount Kenya or the Kilimanjaro, scuba diving or sunbathing in the golden beaches of the Indian coast.

We would like to encourage you to visit this full of magic continent, famous for its breathtaking sunsets and its warm welcoming people who are willing to meet you and show you around. Undoubtedly, Africa is worth visiting and we are sure that our team will leave a big mark on you.

We right now wish to introduce our team in GET IN SAFARIS to you. It is our goal that you feel happy before, during and after your Safari: 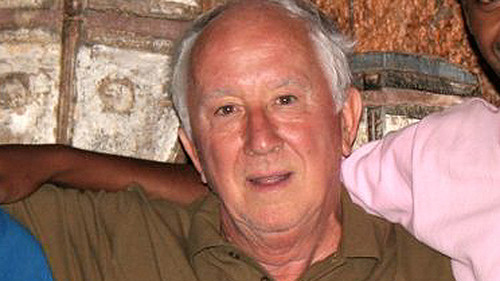 José María RoldanFounder and CEO of Get In safaris
One day he fell in love with Africa and decided to change his life and move there. Now, after so many years and experiences, he still feels enthusiastic about his job, and the organization of “walks” in the most emblematic parks. With a deep knowledge of Kenya and his continuous training of excellent Safari´s guides, his company will be hard to match. Raymond A. SwaiManager of Get in Safaris in Tanzania
He was born in Moshi, in the Chaga´s tribe at the foot of Mount Kilimanjaro. After seven years as an Official Guide in Tanzania, this expert naturalist undertook a new adventure: to manage Get in Safaris in his country. He speaks english, spanish, italian and swahili besides chaga and meru. With Ray you´ll learn about fauna and flora under his pleasant guiding. 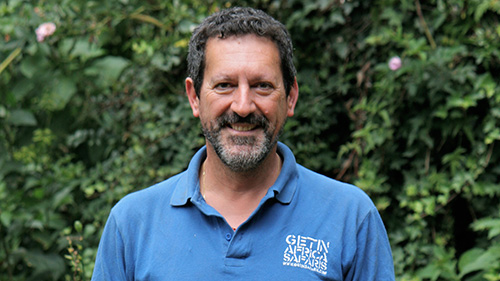 Patxi AlonsoManager of Get in Safaris in Europe
He visited Africa for the first time 20 years ago and something began to change. He immediately felt the magic of its fauna and the charm of the people. Since some time ago, he has brought his passion for photography with the love he feels for this incredible continent. Nowadays he is in charge of organizing photographic safaris around the best parks of Kenya and Tanzania. 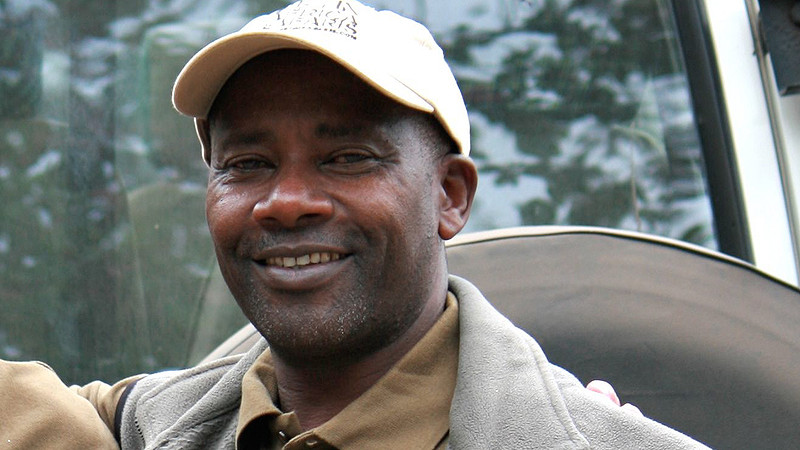 Elisante SwaiGuide specialised in Tanzania
He chose to join our team after having worked for National Geographic for a long time. It is a luxury for GET in Safaris to have him with us! Forget about boring guidebooks and listen to his talks. 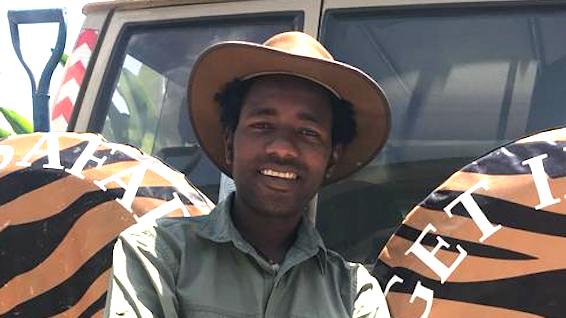 Somi SwaiGuide – Driver
One of Tanzania’s best guides. In his family he has had the best of schools and the formation of National Geographic, inculcated by Elisante, his father and Raymond, his brother. Somi has become a luxury companion. Spanish, English or Japanese, are the languages in which it develops joyfully, as well as its character. You’ll always find him in a good mood. 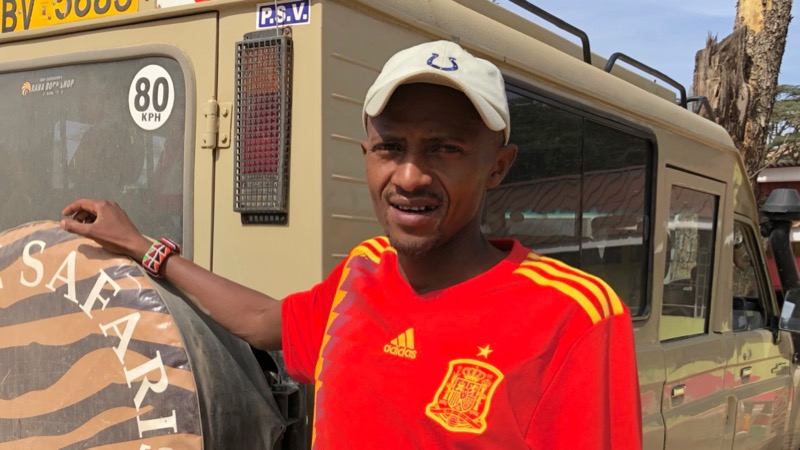 David ParakuoGuide – Driver
One of the best guides in Kenya. A few years ago he became a referent within GETINSAFARIS. He lives in Narok, and his great experience and knowledge of the country’s parks and fauna are joined by his command of Spanish, among other languages. A Kenya Safari with David, is a gift that many have already had the good fortune to enjoy. 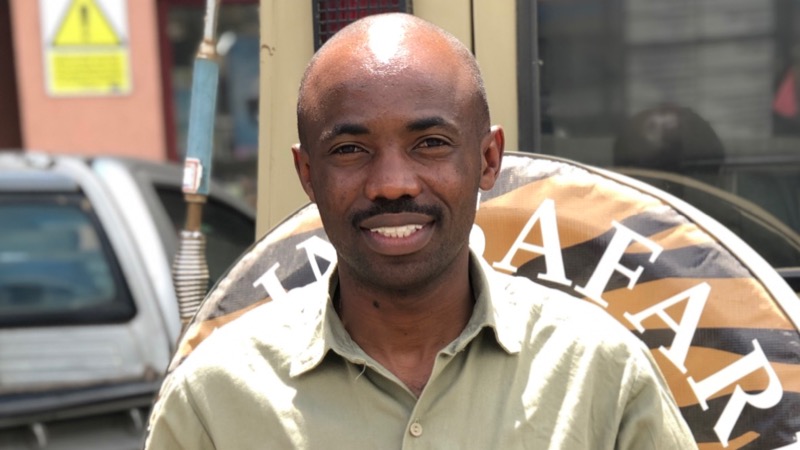 Nwangi Karibu (Rey)Guide – Driver
One of the best guides in Kenya. A few years ago he became a referent within GETINSAFARIS. He lives in Narok, and his great experience and knowledge of the country’s parks and fauna are joined by his command of Spanish, among other languages. A Kenya Safari with David, is a gift that many have already had the good fortune to enjoy. 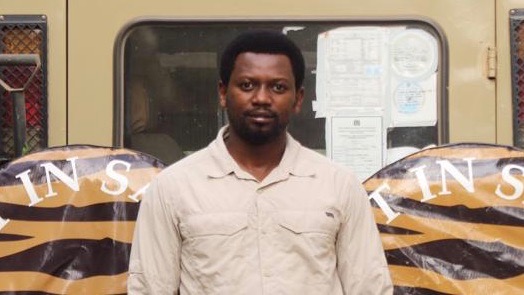 Dennis WilliamGuide – Driver
Integrated into the team for some time, has a great knowledge of nature and excellent training as a Safari guide. Denis becomes a winning bet for his professionalism. He speaks English and French. It also has that special treatment, which every traveler is looking for. 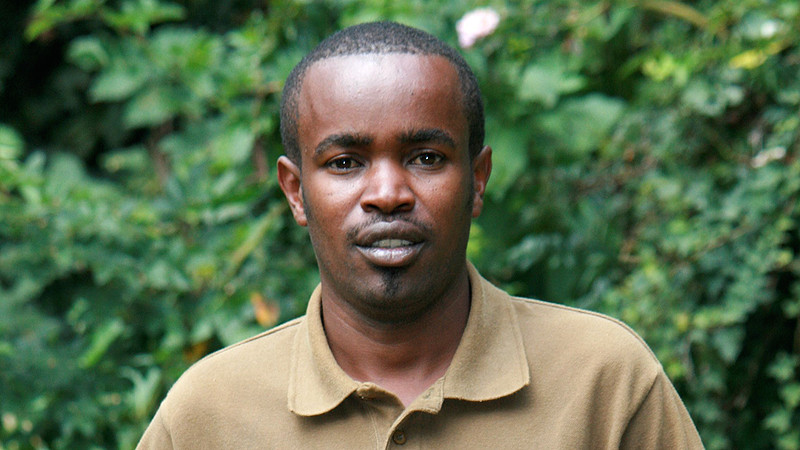 Martine NgangaGuide – Driver
Linked to GETINSAFARIS since its inception, few drivers offer Martin’s safety as a driver. Always kind and ready to help, to count on him, in the displacements by the parks of Kenya, it is all a pleasure. 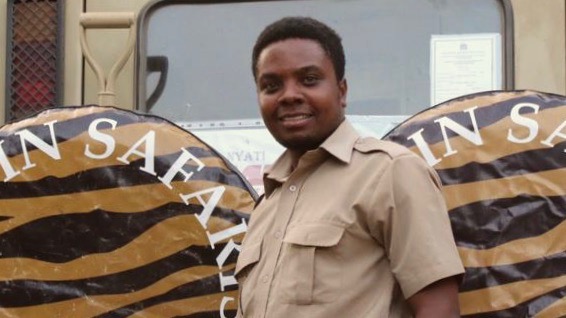 Josephat John (José)Guide – Driver
An expert guide to Safaris with 12 years of experience, who will take you to the best parks in Tanzania. He knows the fauna and every corner of the north of the country, like no one else. Speaks Spanish, English and French. Joseph is a wonderful companion for something as special as a Safari.

This site uses Akismet to reduce spam. Learn how your comment data is processed.

Mixed in Kenya and Tanzania